Scroll to Top
What's Up? 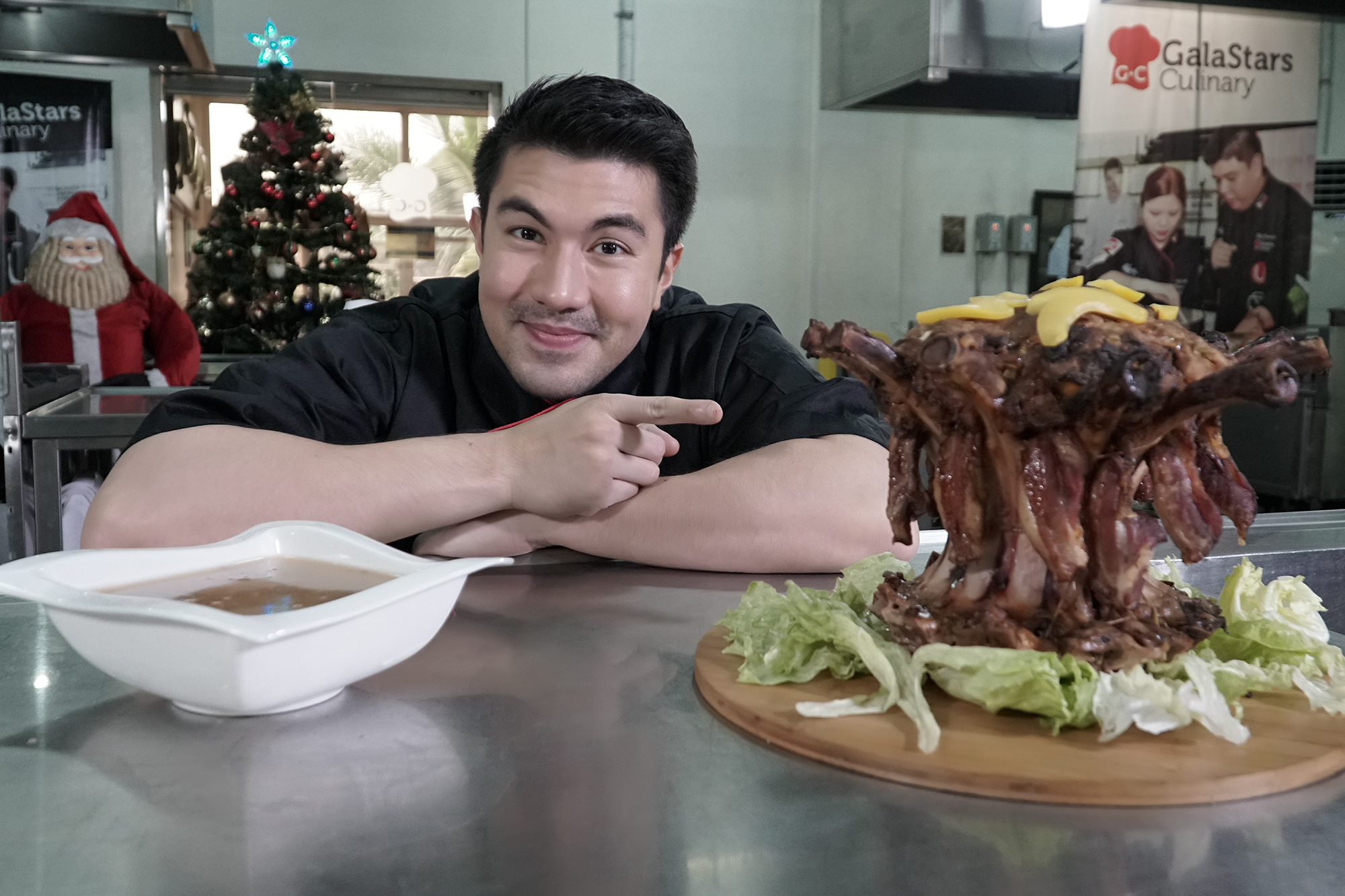 LUIS MANZANO considers himself a foodie or someone who goes out of his way to seek new food experiences.

In fact, not too many may be aware of it but the sought-after TV host holds a degree in hotel and restaurant management from De La Salle University, College of St. Benilde. Luis said that his pursuit of the degree exposed him a lot to the kitchen. So, when an opportunity to guest in celebrated chef Ernest “Erns” Gala for GalaStars Culinary’s Celebrity Series came along, he did not hesitate and jumped at the chance right away.

GalaStars’ Celebrity Series are special webisodes produced by Chef Erns in which popular personalities are seen learning or sharing their favorite recipes online.

GalaStars Culinary provides state of the art equipment with separate lecture and demonstration rooms. They have a modern and high-end kitchen laboratory providing 100% hands-on training. Each workstation can accommodate two students and features a sink, prep table, a high-powered stove, oven, deep fryer and exhaust hood. All instructors are fully certified chefs and highly respected in the culinary industry.

“This feels like a homecoming for me because I was always inside a kitchen when I was still studying hotel and restaurant management. It has been a while since I get to hold pots, pans, utensils,” Luis confessed.

Luis is thrilled to be mentored by Chef Erns, son of renowned culinary legend Sylvia Reynoso-Gala.

“Learning from the best whose culinary skills and that of his family cannot be questioned is an enlightening and one big learning experience for me,” he enthused.

Under the guidance of Chef Erns and his kitchen crew, Luis was able to whip up a crown roast and chocolate chip oatmeal cookies, which he admits are just two of his favorite food indulgences.

But he also expects to learn more from Chef Erns particularly how to properly prepare one of the family’s favorite dishes.

“Salpicao Pasta is a personal favorite of my mom, my brother and my Tito Ralph. I tried cooking it several times but there were a few hits and misses so hopefully through Chef Erns I will finally get to do it properly,” Luis mused.

As a foodie who always yearns for new and exciting food adventures, Luis further revealed that the one dish he always looks forward to is the Meal-in-One preparation of her own mother, celebrated acting legend and Star for All Seasons, Vilma Santos.

“It’s basically pasta dish made with corned beef, cream of mushroom soup, corn and lots of cheese on top. It’s one of those never fail pasta dishes that has the best of all worlds. From the noodles to the saltiness of the corned beef, it has become my go-to dish not just for special occasions like Christmas but also for simple get-together affairs with my barkada,” Luis confessed.

“I’m not sure if it’s her original recipe or it’s something that she read somewhere that she later modified a bit. But it’s a hit with me and just about everyone who tried. I haven’t met anyone who did not like my mom’s Meal-in-One.”

Although he has his own personal favorites like steak, beef burrito, pizza, cheesecake and raw mango with bagoong, Luis added that he’s always open to trying new dishes and making them himself.

With the help of Chef Erns, Luis will not only concoct palatable dishes for his own personal enjoyment but is also looking forward to possible business opportunities in the food industry.

“This is just the start of a long-term partnership with my friend Chef Erns and I look forward to learning more from him.”

GalaStars Culinary is located at 179 Shaw Blvd., Pasig City. More information can be found on www.galastarsculinary.com.

SOLENN HEUSSAFF will be missing someone special this Christmas as her outrageously funny and...